Tar Heels Football Adopts a Winning Pattern (It Has Diamonds)

The North Carolina football team won 11 of 12 regular-season games and made it to the Atlantic Coast Conference championship game this year, all while wearing uniforms that include the argyle pattern made famous by the U.N.C. men’s basketball team.

“I’m lucky in that the first year the football team has worn argyle, we’re killing them,” said Alexander Julian, the North Carolina alumnus who designed the basketball team’s uniforms for the legendary coach Dean Smith 25 years ago. “If we’d have been 0-12, it would be a whole different thing.”

In the Tar Heels’ first game wearing interlocking diamonds on their helmets, collars and pants, they lost to South Carolina. But U.N.C. then reeled off 11 straight victories, a team record, before its 45-37 loss to No. 1 Clemson on Saturday night in the A.C.C. title game. 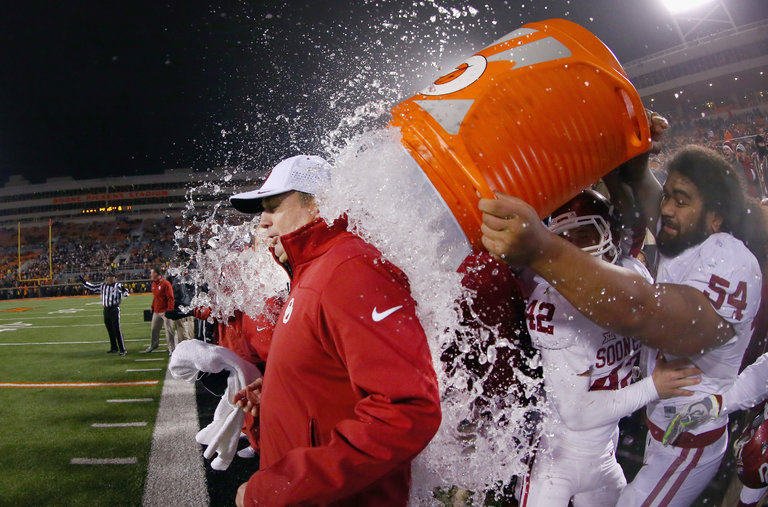 Thanksgiving's Over, Let's Fill Some Bowls

With several conference championships on Saturday, here’s a look at how the College Football Playoff might shake out.

“I’d like to say it was magic or mythological, but I’d be overstating it,” Athletic Director Bubba Cunningham said last week. “I do think our timing was very good, though. It creates even more of an interest.”

Cunningham cannot say exactly how much more merchandise the university has sold since argyle was offered to the football team and all other intercollegiate squads at U.N.C. this year. But the North Carolina women’s volleyball team just made the N.C.A.A. tournament — in argyle.

“I guess it was something that started with basketball, but it has become synonymous with the university,” said Shakeel Rashad, a senior linebacker from Jacksonville, Fla. “Because every team is wearing it, men’s and women’s; everyone is wearing argyle. You see it popping up all over the place.”

It seemed destined that Julian and Smith would team up — with a critical assist from Smith’s most famous player — to make sports fashion history. 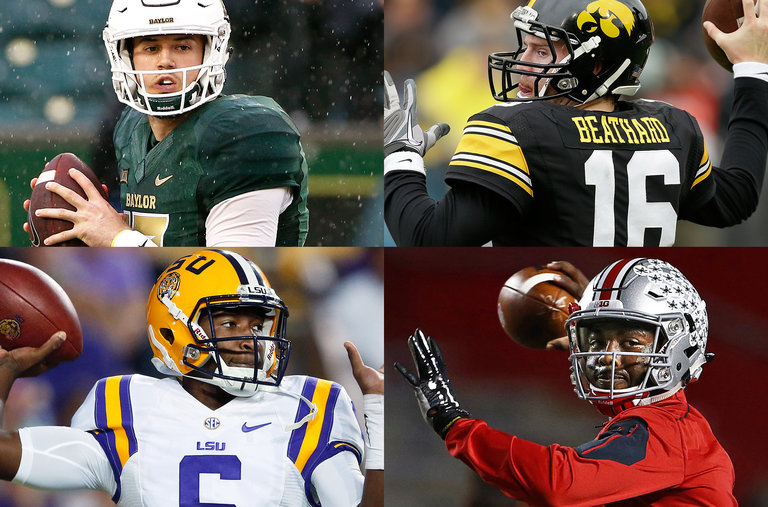 In the college football playoff rankings, many analysts focus on the teams. That’s the wrong way to think about the playoff picture.

Julian’s parents, Maurice and Mary, owned a men’s clothing store on Franklin Street in Chapel Hill, N.C. Julian said he was “raised in the store,” one of eight men’s clothing stores on the block at the time. His parents became known as the “Godparents of Preppy.”

Julian, not surprisingly, became a designer, and in 1977 he won his first Coty American Fashion Critics’ Award, for a 14-color argyle pattern. In 1988, Julian designed teal-and-purple pinstriped uniforms for the Charlotte Hornets, an N.B.A. expansion team.

That, Julian said, got Smith’s attention.

Julian was in London on business in the spring of 1990 when Smith called. Smith told Julian that he liked the Hornets’ uniforms and wanted to hire him to redesign the Tar Heels’ basketball uniforms.

“It was like having God call you, asking for new halos for the archangels,” Julian, 67, said.

Julian said he made 30 designs for Smith, including one that included an argyle pattern in four-inch-wide stripes on the sides of the jerseys and shorts. Carolina wore a darker shade of light blue at the time, but Julian went back to the traditional sky blue.

Julian liked the argyle pattern best, but Smith asked for a vote among his staff members, players and former players. “I realized I needed someone to help me cut through the clutter,” Julian said.

That someone was in Chicago, where the former U.N.C. star Michael Jordan was playing for the Bulls. Julian sent Jordan a prototype, and Jordan said he loved it.

“Guess what?” Julian said. “Suddenly everyone on the team liked the argyle the best. Michael was my opinion-polarizer. He shot the lights out for me on that one.”

The Tar Heels wore argyle for the first time in 1991-92 and won the national championship the next season. Smith sent Julian an autographed cover of Sports Illustrated, which included the argyle pattern. 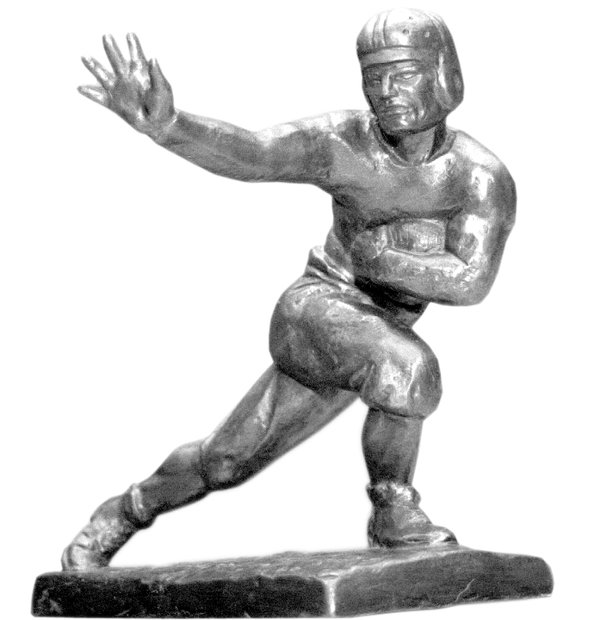 A look at the top players in contention for college football’s highest honor.

About 10 years ago, there were informal discussions about including the argyle pattern on other U.N.C. teams’ uniforms. But it was not until an announcement at a sports banquet in April that it became official that U.N.C. and Nike would collaborate on new uniforms.

“Everybody loved it,” Rashad, the linebacker, said. “Everybody who went here knows what argyle means at Carolina. It seems like it just brought the tradition back up.”

Cunningham said the use of argyle was special, but he added: “I do think it’s a pattern that can be overused. A point of concern was that we use it properly.”

The football team has no complaints. Julian, whose relatives still run Julian’s on Franklin Street, is delighted by the team’s success, although he knows that the wins are primarily a result of hard work.

When Julian recalled the phone call from Smith, he joked that his entire future had been at stake. If he had messed up the design of those uniforms, he said, “I wouldn’t be able to come home again.”

But the pattern has come to symbolize the university, mostly because Carolina wins so often in it.

In New York, Yankees and Mets Take a Snow Day

Eagles March Past Vikings to Super Bowl, Just as They Predicted

A Baseball Binge With Small-Town Charm