Honey Lantree of the Honeycombs in performance in 1964, the year the group’s first and biggest hit, “Have I the Right?” was released.

Anne Lantree’s life changed after a chance encounter with a drum kit in 1963.

She was working in a hair salon in London owned by her friend Martin Murray. Mr. Murray moonlighted as the rhythm guitarist in an amateur rock ’n’ roll band called the Sheratons, whose drummer had recently quit. His drum kit was still set up at the group’s rehearsal space, and Ms. Lantree, who was there for a guitar lesson, asked if she could try it.

Mr. Murray acquiesced, he said in an interview on Thursday, “not giving any thought that she would jump on these drums and play like she had her whole life.”

“She was just a born, natural drummer; she hadn’t played before and just went for it,” Mr. Murray continued. “I was aghast, staring at her, and said, ‘All right, you’re our new drummer.’ ”

Ms. Lantree’s impromptu solo was the start of a whirlwind career as one of the few women to play drums in a 1960s rock group. The Sheratons soon became the Honeycombs, with Ms. Lantree billed as Honey, and released “Have I the Right?,” a bouncy love song that reached No. 1 on the British pop charts and No. 5 in the United States.

Ms. Lantree died on Dec. 23 at her home in Great Bardfield, Essex, England. She was 75. Her son Matthew Coxall said the cause was breast cancer.

Female drummers are rare in rock music, and were even rarer in the 1960s. That did not stop Ms. Lantree, who soon began performing with the band.

The group, which also featured Dennis D’Ell as lead singer, Allan Ward on lead guitar and John Lantree, her brother, on bass, performed nightly at a local pub that quickly became swamped with admirers.

At one show the band met Alan Blaikley and Ken Howard, two aspiring songwriters, and they offered the group “Have I the Right?” (the title is sometimes rendered without the question mark) and many of the other songs that would make up its first album. 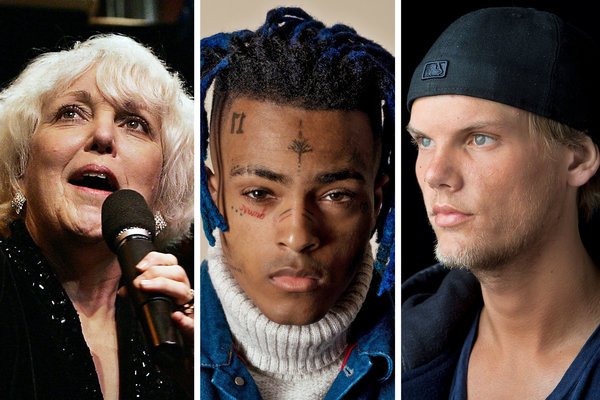 A memorial to those who lost their lives in 2018

The band used its new material to audition for the record producer Joe Meek, who immediately saw their potential. They recorded “Have I the Right?” in Mr. Meek’s studio.

Featuring twanging guitars and thumping drums augmented by stomping feet, the song was released as a single by Pye Records, whose managing director suggested that Ms. Lantree go by Honey and that the group become the Honeycombs.

The Honeycombs appeared on television and released their first album, called simply “The Honeycombs,” in 1964. Some journalists accused the group of using Ms. Lantree, who dressed stylishly and sported a beehive hairdo, as a gimmick. Some even questioned whether she had actually played the drums on “Have I the Right?”

“We couldn’t do nothing about it,” Mr. Murray said, “just deny it, which is the truth.”

In late 1964, Peter Pye replaced Mr. Murray, and in 1965 the Honeycombs set off on a tour of Scandinavia, Australia and parts of Asia. That same year the group reached No. 12 on the British pop charts with “That’s the Way,” in which Ms. Lantree sang with Mr. D’Ell, and released a second album, “All Systems Go!”

But the Honeycombs’ greatest success was already behind them, and the band broke up in 1967.

“It was very traumatic,” Ms. Lantree told an Australian newspaper in 1991. “I was still living at home with my parents, and I went back to hairdressing. People still recognized me, and it was hard to get on with a new life.”

Anne Margot Lantree was born on Aug. 28, 1943, in Hayes, Middlesex, England, to John and Nora (Gould) Lantree. Her father owned a sign-making business, and her mother was a homemaker.

The family moved to Highams Park, in Northeast London, and Ms. Lantree attended high school there before she started working in Mr. Murray’s salon.

Ms. Lantree married David Coxall, a pensions administrator, in 1969. He died in 2018. In addition to her son Matthew, she is survived by another son, Simon; a brother, John; and five grandchildren.

Ms. Lantree’s time at the top of the charts was fleeting, but she was not finished with music. Beginning in the 1980s she played with different versions of the Honeycombs. She stopped only when Mr. D’Ell died in 2005.

William Reese, Leading Seller of Rare Books, Is Dead at 62

Aiko Herzig Yoshinaga, Critic of Wartime Internment, Is Dead at 93