PYEONGCHANG, South Korea — Before Meghan Duggan’s head hit the pillow at 4:30 a.m. Friday, roughly 12 hours after her United States women’s hockey team beat Canada to break a 20-year drought, she tucked her gold medal under the covers right next to her.

“We did it,” she said to herself again and again as her eyes finally closed on a night to remember for both the United States team and women’s sports in America.

Yes, the Americans did it — they beat their rivals in the hardest of hard-fought finals. There may be little competition in women’s hockey outside the two final teams. But the Americans’ story line is even richer than this thrilling victory that was the pinnacle of the Pyeongchang Olympics for the United States, which is in danger of finishing these Games with its lowest medal count since 1998, back when the Games didn’t include many of the extreme sports in which Americans excel.

Their victory meant so much more than just a puck flying into the net to end a tense shootout.

“We all knew that this game was much bigger than just a game,” Duggan said. “It was on all of our minds going in.”

Here’s why: Last March, the players threatened to boycott the world championships because negotiations with U.S.A. Hockey over equal pay and support hadn’t gone anywhere in more than a year. The women argued that they weren’t getting paid a living wage and that girls’ youth hockey was being overlooked by the federation, while money poured into the boys’ side of the game. The players also wanted policies for maternity leave and child care.

There was a standoff. The federation began hunting for replacement players for worlds. The national team players began calling those potential replacements, asking them to take their side for the good of the game’s future — for all the women and little girls who hoped to be treated equally in the future.

A lot was at stake. The world championships were being held in Michigan. An American boycott would have been a huge embarrassment. The players risked ruining their shot at these Olympics, and derailing their careers. But their effort resonated outside the sport. Billie Jean King lent her support, and so did a group of United States senators. No matter the consequences, the hockey players wouldn’t — and didn’t — back down.

U.S.A. Hockey was forced to give up, and it was a pivotal moment in the history of women’s sports.

“We bonded so much over it, and it brought us together,” Duggan said on Friday. “I don’t think we’d be here right now if we hadn’t stuck together.”

Three days before the world championships last year, the players and the federation signed a new deal that provided athletes a salary of about $70,000 a year. That off-ice victory has given the players so many options now.

They don’t have to quit the sport because they can’t support themselves. Before their new contract with U.S.A. Hockey, players were paid $6,000 in an Olympic year — and nothing in between Olympic years. Now the women don’t have to worry about their finances when making the decision of sticking with the game or not. 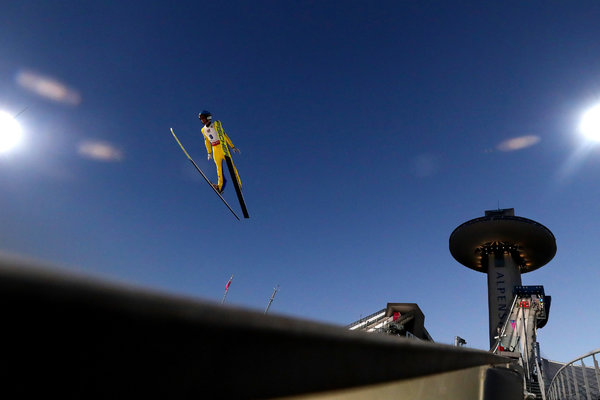 Who Won the Most Medals and More Olympics Questions, Answered

The world’s best athletes schussed down the slopes, zoomed down the track and skated across the ice in South Korea. Here’s what you want to know about this year’s events.

Jocelyne Lamoureux-Davidson, who scored the winning goal in the shootout, said she could now consider staying with the game because she still loved it and was still good at it.

“To have that choice, I think means the world to us,” she said.

To have a gold medal around their necks isn’t so bad either.

When Lamoureux-Davidson scored in the sixth round of a tiebreaking shootout, her shot resonated throughout the sport.

During Thursday night’s celebration, Duggan said she and her teammates watched video of the winning goal “a thousand times,” because as far as they were concerned, it was the most beautiful goal they’d ever seen in the history of hockey. With a couple of deft fakes and a whir of her stick, Lamoureux-Davidson sent the puck skittering past Canada’s goalie, giving the United States the 3-2 victory and their first Olympic gold medal since 1998.

“I feel like the gold medal adds more credibility to what we’re trying to do with women’s sports in our country,” forward Hilary Knight said. “I’m not saying our voice or our skills are any less if we didn’t win. I just think more people start paying attention, and we’re 100 percent trying to inspire the next generation.”

The team spent Friday being interviewed by reporters from morning until evening, and they could barely stop to breathe.

Duggan told me that this whole year has been “for women’s hockey in America,” and so much more.

“This is a moment for women in other sports and women in business and in every single walk of life,” she said. “We need to show our power and what women can do, so we can work more toward equality.”

Thinking about that responsibility can be overwhelming, Knight said. She spent all night Thursday and all Friday thinking about the bigger picture of this Olympic victory.

She thought about it so much, and celebrated it so much as she sipped Champagne and chatted with friends and family members, that she never even fell asleep Thursday night.

Friday she kept her gold medal in the pocket of her Team U.S.A. jacket. She said she didn’t wear the medal because its ribbon pulls on her neck too much. It’s heavy.

“You want to hold it?” she asked me, opening up my hand and placing the gold medal in my palm.

And it was surprisingly heavy. About a pound and a quarter.

“It’s so cool, right?” she said, explaining how she’d place it, safe and sound, next to her pillow Friday night. Maybe she will even get some sleep.

Alex Ovechkin and the Capitals Remove a ‘Skeleton in the Closet’

American Hockey Is at Home in Badger Country

Browns Take Baker Mayfield at No. 1 Amid a Quarterback Frenzy